Archive for the tag “William Dalrymple”

I recently did a post about William Dalrymple’s Nine Lives: In Search of the Sacred in Modern India, and that is definitely my current fave. The lives described are very different from my own, but beneath their exotic surfaces lie common human desires and fears: the desire for love, the search for spiritual enlightenment, the need for respect, the fear of rejection etc.

I’ve read a great many books, both fiction and non-fiction set in foreign cultures. I read them for entertainment and to learn – to see how others live and think. But I keep coming back to how alike we all are in our deepest being.

Foreign is not only found in another country. The people in a historical novel like Hilary Mantel’s Wolf Hall are a lot more different to me than anyone in the modern world.

‘Foreign culture’ need not be elsewhere or elsewhen. The website of The University of Texas at Austin, under Foreign Culture Categories, states that students can satisfy their foreign culture study requirement by taking courses in American Sign Category, where they will learn about Perspectives on Deafness among other things related to culture and disability. I suspect that not only will they study differences, but will also discover likenesses.

For pages of books set in foreign culture try goodreads

Nine Lives: In Search of the Sacred in Modern India by William Dalrymple 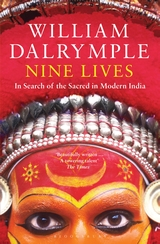 India has numerous paths to spiritual goals, and in this book the author encounters nine of them. He is known as a travel writer so anyone seeking a deep analysis of the history and theology of these paths will be somewhat disappointed. But only somewhat: Mr Dalrymple’s research has been considerable and he fills in the history and theology where relevant.

The travel part of the book is taken care of by the variety of settings and the vivid descriptions the author provides. It’s easy to understand why so many of his previous books have won prizes.

He keeps himself and his opinions in the background and lets the people he interviews speak in their own words (in translation actually as they spoke eight different languages). So what we get is partly nine autobiographies, which are not only about religion but also give an insight into the society of modern India.

Most of the speakers are from rural areas and several of them are from lower castes or are marginalised for other reasons. Their religious lives give them position and respect that might be denied to them otherwise. As the Singer of Epics said:

We Nayaks are from a very low caste … . Still to this day we cannot eat or drink in the house of many of the people in this village. But when we recite or perform as bhopas, this brings us respect.

The Dancer of Kannur saw his chosen path as a means of social change:

… The brighter of the theyyam artists have used theyyam to inspire confidence in the rest of our community. Our people see the upper castes and the Nambooderis bowing down to the deities that have entered us. That self confidence has encouraged the next generation …

The women not only find respect but also protection and emotional fulfilment. The tantric practitioner, The Lady Twilight, put it clearly:

… The greatest pleasure we have is here, with her [Ma Tara]. It is here in this place of death, amid the skulls and bones and funeral pyres, that we have found love.

The other women too, the Jain nun, the temple prostitute and the Sufi mystic, all speak of love in many forms, but mainly for and from the divinities they worship.

There is also a good deal of sadness; some have lost their families, as one of the Baul singers had, and others their homeland, like the refugee monk whose life left him with no peace of mind. Even one of the most successful, the Maker of Idols, looks like being the last of a 700 year family tradition – his only son wants to be a computer engineer.

Apart from the occasional mention of computers, CDs, and various vehicles, there isn’t much of urban, big business India in this book. It lurks in the background, sometimes eating into a tradition or a belief, but on the whole these people seem to keep their sacred traditions and ideologies alive and very active.