Archive for the tag “life as a game”

Life: the only game there is 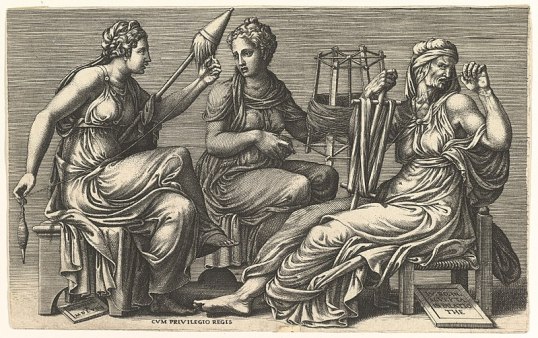 On the Carpe Diem site we have been set an interesting challenge – to write a haiku or tanka on the theme of ‘life is a game’.

This isn’t exactly a new theme for poetry, many poets in different countries, writing in different languages, have done the same, but it seems to me a bit unusual for haiku. However, us haiku writers can rise to any challenge, and I suspect that, in the ‘old days’ when Basho and his friends were holding (drunken) haiku parties, many way-out subjects were used.

Chèvrefeuille himself has given us a beautiful haiku as a model, tying the game to the seasons:

life is but a game
nature rolls the dices
seasons change

I haven’t managed to use the seasons, but I found the theme fits the haiku form well:

life is an endgame
only the Fates are certain
when the game will end.

Picture of The Three Fates from wikimedia.

Like Loading...
Posted in Blog challenges and sharing, Poetry and tagged Carpe Diem blog, haiku, life as a game, The Three Fates