Archive for the category “Ancient books and manuscripts”

A Reblog from Interesting Literature – all about gods and giants

In this week’s Dispatches from The Secret Library, Dr Oliver Tearle reviews a new translation of Scandinavia’s founding literary works What connects the Jim Carrey film The Mask, the work of J. R. R. Tolkien, and the Thor movie franchise? The answer is that they all owe a debt to […]

via Gods and Giants: The Poetic Edda — Interesting Literature

Today is the last day of International Archives Week, a bit late to be blogging about it but I’ve only just discovered it. As a professional association the International Council on Archives is hardly mass entertainment, but as a lover of libraries and bookshops and all such bookish collections I find its existence interesting.

And in some ways comforting – someone is taking care of our collective memories.

There are lists and maps of events worldwide.

I assume (and hope I’m right) that their work includes archives from the online world. If not our age is going to be very thinly represented. 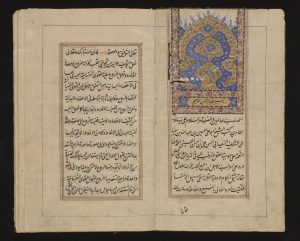 There is a world’s oldest library.

Now part of a university, it is the Al-Qarawiyyin library in Morocco.

Founded in 859CE by a lady called Fatima al-Fehri, it contains ancient and mediaeval manuscripts as well as books.

It has recently undergone a major restoration with special moisture management systems installed to protect the precious manuscripts.

Some libraries have birthdays. 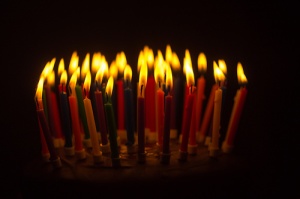 Apparently the Library of Congress celebrated its birthday recently. On April 24th 1800 then president John Adams parented the library by approving the necessary expenditure. I doubt if it got a cake with 217 candles on it, but its anniversary was marked in several places, including a collection of trivia from Bookriot.

Some libraries use unique classification systems.

The Levinski Garden Library shelves its books according to the emotions they raise in their readers. Each reader is asked to describe the book’s effect: sad, happy, boring etc. The emotions are colour coded and the returned book gets a piece of coloured tape and is then shelved according to the most recent one.

Like Loading...
Posted in Ancient books and manuscripts, Libraries, Out and about and tagged Al-Qarawiyyin Library, Fatima al_Fehri, Levinski Garden Library, libraries, Library of Congress

Group for Literary Archives and Manuscripts

I never knew there are special literary archives. What a treasury!
I’m also amazed at the quantity of material some archives hold. I hope anyone in the Manchester area gets a chance to visit the exhibition described here.

GLAM – the Group for Literary Archives and Manuscripts – celebrated its tenth anniversary in October with a meeting at the John Rylands Library in Manchester. The Fitzwilliam Museum is a member of GLAM due to its fine holdings of literary manuscripts, including autograph manuscripts of Keats’s Ode to a Nightingale, Thomas Hardy’s Jude the Obscure, and Virginia Woolf’s A Room of One’s Own. GLAM’S aim is to support all forms of literary archives and it unites professionals working in a variety of institutions: national bodies (The National Archives), universities, museums, local authorities, and special repositories.  With such a wide base of members, it is ideally placed to provide a support network for professionals working in the field of literary archives and one of its most significant achievements has been to produce cataloguing guidelines and a thesaurus.

Meetings of GLAM are usually held biannually and include presentations on…

Like Loading...
Posted in Ancient books and manuscripts, Libraries, Out and about and tagged Darkness and Light: exploring the Gothic, GLAM, John Rylands Library, literary archives, manuscript exhibition | Leave a comment

I love reading about ancient manuscripts. They have such fascinating histories – written by hand in obscure places, passed from owner to owner, altered, rebound, stolen, damaged – you name it, they’ve done it.

This post about two manuscripts newly digitised is a case in point.

I love museum exhibitions and this one sounds fantastic. Fortunately, we’ll be in that part of the country later this summer so I’ll definitely get to see it.

Many people have devoted their lives to making beautiful books of the sayings of the great religious teachers. At one time viewing them would have meant a lot of arduous travel, but now thanks to modern transport and the organisation of modern museums, we don’t have to go so far.

Buddha’s Word: The Life of Books in Tibet and Beyond  is the first exhibition of Tibetan material in Cambridge taking place at the Museum of Archaeology and Anthropology . It will display some of the world’s oldest Sanskrit and Buddhist manuscripts – and a gift from the 13 th Dalai Lama – in a special exhibition on Buddhist books from 28 May.

Historians, anthropologists, linguists, art historians, chemists and material scientists have all contributed to this…

Like Loading...
Posted in Ancient books and manuscripts, Celebrations and events, Out and about and tagged Buddha's word, Buddhist books, Cambridge museums, exhibition of Buddhist books, Museum of Archaeology and Anthropology | Leave a comment

I’ve never thought of having a favourite manuscript, but apparently a lot of other people have.

It’s interesting to see what others pick out for special mention – I particularly liked the burnt royal manuscript. To me it looks like a ‘found’ work of art.

In some of them the writing looks to me more like decoration – but that is a measure of my ignorance. If I could read it, it would look like writing.

While browsing through Twitter I came across mention of The Islamic Manuscript Association. I’d not heard of it before so naturally I googled it.

Their website led me down several new-to-me and forgotten-by-me paths of knowledge. Among other things they have a list of links to relevant organisations, and what should I find there but a link to the Library of Congress Romanization Tables, which I used to consult when I was a student working part time filing Library of Congress cards. One for Memory Lane.

Another of their links led to an organisation called Thesaurus Islamicus which is concerned with preservation of the Islamic patrimony. I’m not sure why they include ‘Thesaurus’ in their name as they seem to do much more than assemble words.

And I found a lovely new-to-me word: codicology. It is the study of books as physical objects. It’s apparently a slightly vague term. It may include things like studying the handwriting, marginalia and illustrations as well as attributes like inks, paper, parchment, binding and so on. According to Wikipedia, codicologists may also study the history of libraries and other collections.

A special word for the study of books! I really like that. So now when I buy a new book because I admire its binding and illustrations I’m participating, in a tiny way, in codicology.

Browsing through the British Library website, as I do from time to time, I came across an entry entitled A Page but not as We Know It and in it was the following wonderful phrase:

To me it sounded like a cross between the title of a fantasy novel and a line of Anglo-Saxon alliterative poetry. It also seems mysterious and enticing – I’d never heard of dark archives and I imagined  librarians creeping between long shelves of ancient books lit only by a guttering candles (too much Harry Potter here, perhaps).

Actually dark archives are, according to Webopedia, data stores not generally accessible. Access is either restricted to a few people or completely denied. Their main purpose is to act as a back up during disaster recovery. A sensible precaution for any organisation. The Analytical Access is a project of the British Library and several other academic organisations.

This common sense description doesn’t reduce their mysteries. I’d love to know how many there are, what’s in them, who has access to them, who created them.

I bet the CIA has a huge one. Ditto other security services. Then there are the digitisation programmes of major libraries. And don’t companies have them?

What will become of them in the long term if only a few people can care for them? Will they float forever in the electronic ether, lit only occasionally by the computer of a visiting historian? Or will they fade slowly into nothing? If their creators die without telling anyone the passwords, will armies of hackers have to work them out?

Or will they just be deleted?

‘The Gulshan Album’ and other Mughal treasures

One of the e-newsletters I subscribe to is from the British Library. They remind their readers that there are only a couple of weeks left of their major exhibition on Mughal India.

To go with the exhibition they have a blog, and browsing through it I found this post about a famous album. The album (or at least most of it – apparently it’s been divided) lives in Tehran at the Gulistan Palace Library so I won’t be seeing it anytime soon, but I love the sound of it. Milo C Beach (the blog-post’s author) says:

The Gulshan Album (Muraqqa’-e Gulshan) described as one of the world’s greatest books, was originally assembled for Prince Salim, the future emperor Jahangir (r. 1605-27).

What could be more enticing? I love the idea of assembling rather than writing a book. A bit like blogging where one assembles pictures, videos and links to make a post.