The Forgotten Kingdom by Peter Goullart

I’ve just finished reading this book and can recommend it to anyone interested in a different, beautiful world.

Fleeing the Russian revolution, the author ended up in China and finally in Lijiang in Yunnan province in the late 30s and 40s, where he worked for the government in the Co-operative Movement. He was there for nine years before fleeing again, this time from the Communists. 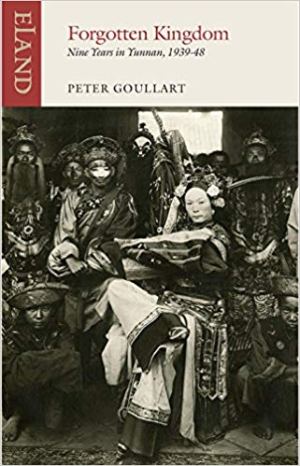 In the forgotten kingdom of the Nakhi people he seems to have found his true home: the people were friendly and cheerful, the area was beautiful, wildlife plentiful, he made many friends and had enough work to feel fruitfully occupied.

This is not a travel book, he was not passing through but lived the life of a local person. It is more a memoir of a time and a world that no longer exist. Goullart describes the area as a paradise on Earth, despite the bandits and diseases. Whether the people he knew there felt the same will now never be known.