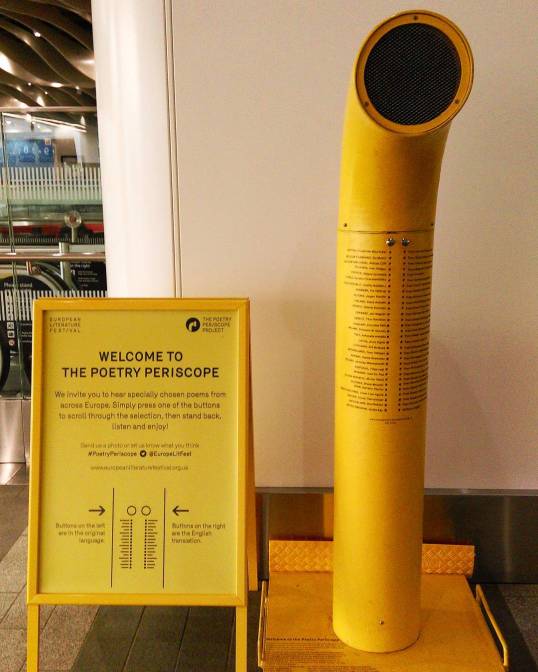 If you’re in Birmingham or Durham over the next couple of months, you should look out for this strange beast.

It’s a sound installation called Poetry Periscope and it’s on a UK tour. It started it’s journey in April as part of the European Literature Festival, and it’s still going – unwearied and cheery in its yellowness.

It plays 30 poems from 30 European cultures. Each is played in its own language and in English translation. To stand in a shopping mall or railway station and listen to all that may be a bit much, but perhaps the commute to work or shopping trip can be enhanced by a couple of the recordings.

In addition to the Festival, a number of organisations are involved with the project including European Union National Institutes for Culture (EUNIC), The Poetry Society and Pianos on the Street.

Posted in Celebrations and events, Out and about, Poetry and tagged EUNIC, European Literature Festival, Pianos on the Street, Poetry Periscope, sound installation, The Poetry Society

6 thoughts on “The Poetry Periscope”